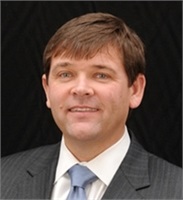 Casey Weeks began his career in the insurance and financial services industry 25+ years ago with New York Life. During his years as an agent in the Tupelo, Mississippi Sales Office, he won Rookie of the Year, New Org Leader of the Year, MDRT and consistently qualified for Executive Council.

In 2000, Casey was promoted to Partner in the Hattiesburg, MS Sales Office, where he earned 9 National Trophies for Recruiting, Overall Production and Retention. In 2007, he was promoted to Senior Partner for the Mississippi General Office.

In 2008, Casey became the Managing Partner of the Memphis General Office. During his time in Memphis, the office more than tripled in growth and Casey was awarded the LTC Trophy, View from the Top (sales, recruiting and new org growth) and Partner’s Round Table twice.

In 2014, Casey’s passion to the recruitment, development and coaching of highly ethical, well-educated Financial Services Professionals inspired him to found OneSouth Financial Group, a General Agency appointed with the companies of OneAmerica. He currently holds his Life Insurance, Health and Annuities licenses, FINRA series 6, 63, 7 & 24.

Casey graduated from The University of Mississippi with a Marketing Degree. He is a member of NAIFA, GAMA, the local Chamber of Commerce and the Area Development of Partnership. Casey and his wife Haley reside in Franklin, Tennessee with their 3 children. They are actively involved in the community, their church, University of Mississippi Alumni Association and Athletic Foundation, St. Jude Partners in Hope, Make-A-Wish Foundation and children’s activities.